A Big Surprise: The Untold Story

First, here are some photos from our maternity shoot. These aren’t completely related to the post, but I just want to share anyway. 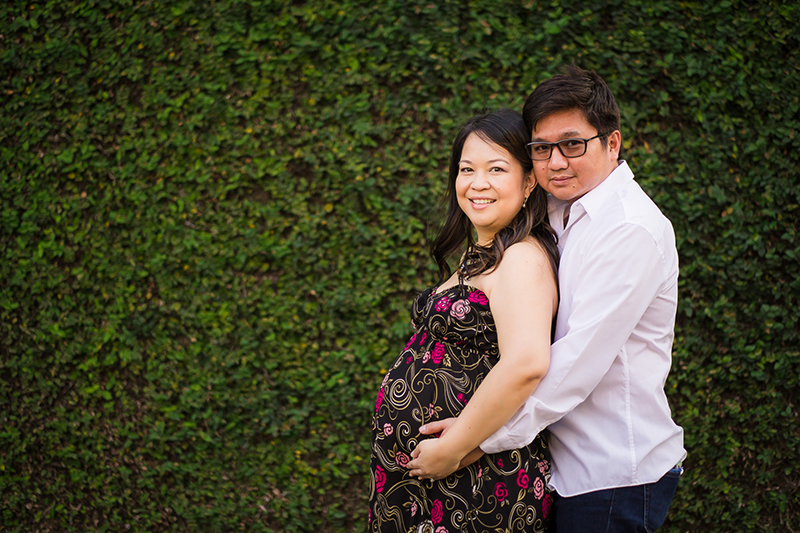 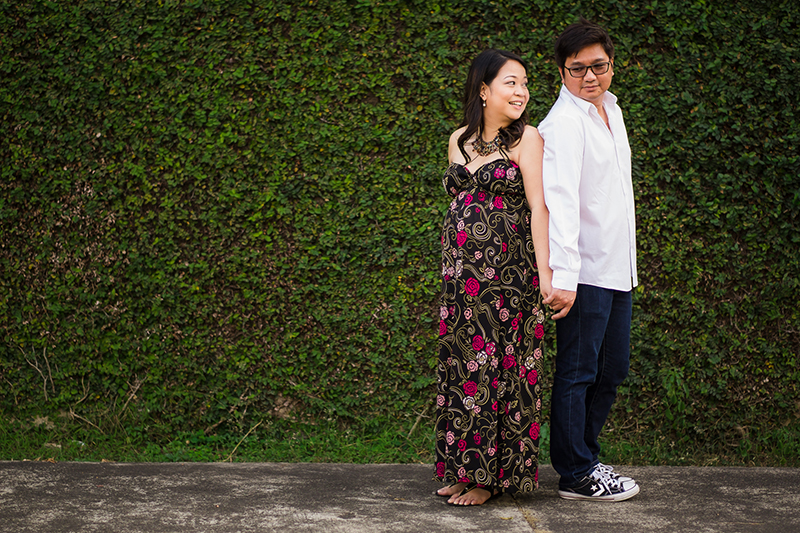 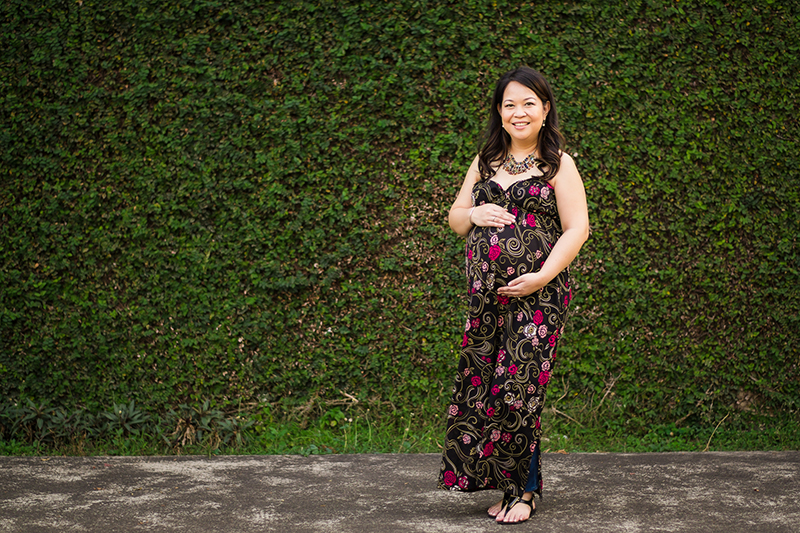 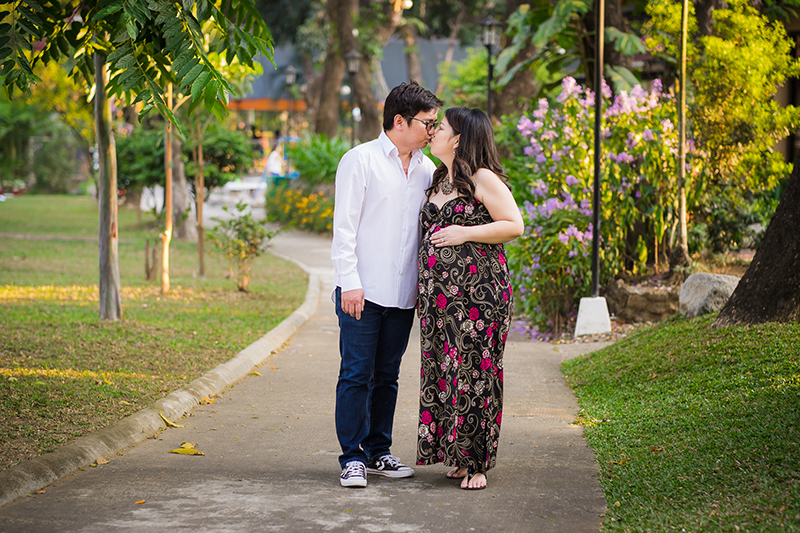 As I was browsing Pinterest to get ideas on how to share our pregnancy news with our family, I came across some pregnancy reveal ideas for the husband. I remember feeling a bit sad that I won’t be able to do that because, well, Ariel was involved in the entire IVF process from day 1. Anyway, this is how we revealed our pregnancy to our parents. 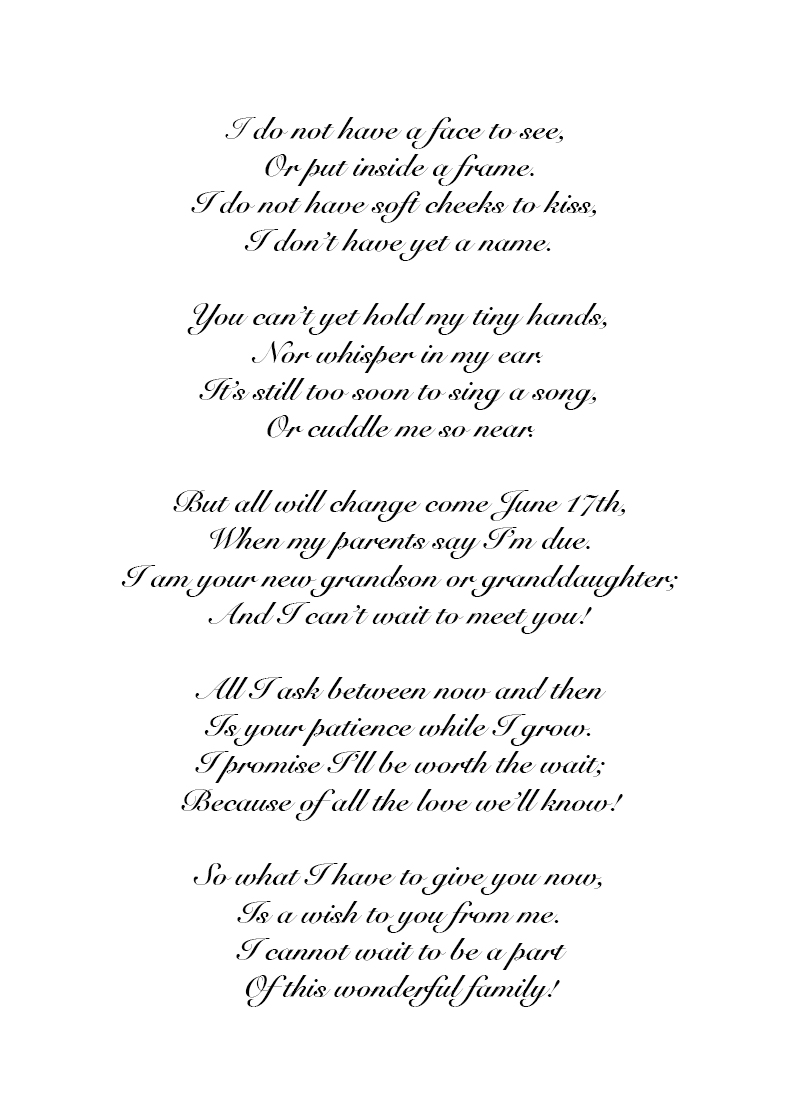 I found the poem on Pinterest. I changed the due date, printed and framed it. Then I gave it to my parents when I was 6 weeks pregnant, just after we confirmed the heartbeat. As expected, my mom cried happy tears. “Magkakaapo na ako.” That’s what she said. We told my in-laws the next day. My mother-in-law was in the hospital awaiting bypass surgery, so we had to wait for the right time. They were very happy for us. Unexpectedly, it was my father-in-law who became emotional. Anyway, that wasn’t the untold story.

Back to week 5, Ariel and I were at Kato for the usual blood test and ultrasound tandem, to check how our pregnancy was progressing. We didn’t expect a heartbeat yet, so as before, Ariel waited outside the examination room while I had my ultrasound. During the ultrasound. Dr. Ong-Jao (Dr. Mendiola was on vacation) thought there may be two embryos instead of one. She wasn’t sure though, because sometimes, embryos can have a fold, giving the appearance that there are two of them instead of one. So she didn’t think much about it. Of course, I went on a worry-overdrive. Not that I don’t want twins, but I knew that if we have twins, it can only be identical. Meaning, the only way it could happen is if our single embryo splits into two. My main worry is that it didn’t split completely, resulting to conjoined twins. Yeah, I tend to picture the worst case scenario. Anyway, I was cheerfully sent home by the doctor saying that we will likely see a heartbeat the following week. I wasn’t cheerful. When I got home, I immediately got in touch with my old friend Google. BAD IDEA!!! Ugh! Meanwhile, I told Ariel that the pregnancy is progressing and we should expect a heartbeat the week after. I didn’t tell him about the possibility of twins.

The week after, Week 6, Ariel and I were having breakfast at Starbucks in the same building as Kato while waiting for my appointment. I was going to have my ultrasound and Ariel is supposed to join me so he can see the heartbeat. However, minutes into our breakfast, he got a call from his family in Manila Doctors. My mother-in-law needed him in the hospital. I told him it was ok to go, and that I will just update him after my ultrasound. His mom needed him more. So it was just me and Dr. Ong-Jao. She told me that this time, she is 100% sure we are having twins. Identical twins, also known as mono-zygotic (from one embryo) twins. She must have seen my worried look because she asked me why I look worried. I shared my fear of having conjoined twins and she just smiled and told me “Oh you have nothing to worry about. You are having the best kind of identical twins. If you look at the picture, they are completely separate. This is called di-chorionic di-amniotic twins. It is more common in fraternal twins, but it can also happen in identical twins.” I was flooded with relief. Then it was like God whispered to me (I still get teary-eyed talking/writing about this) – “Alby my child, you said you wanted to surprise Ariel, so here it is!”  That was the moment my worry turned into excitement. This is God’s gift to us. He answered even my un-expressed desire. How awesome is our God! 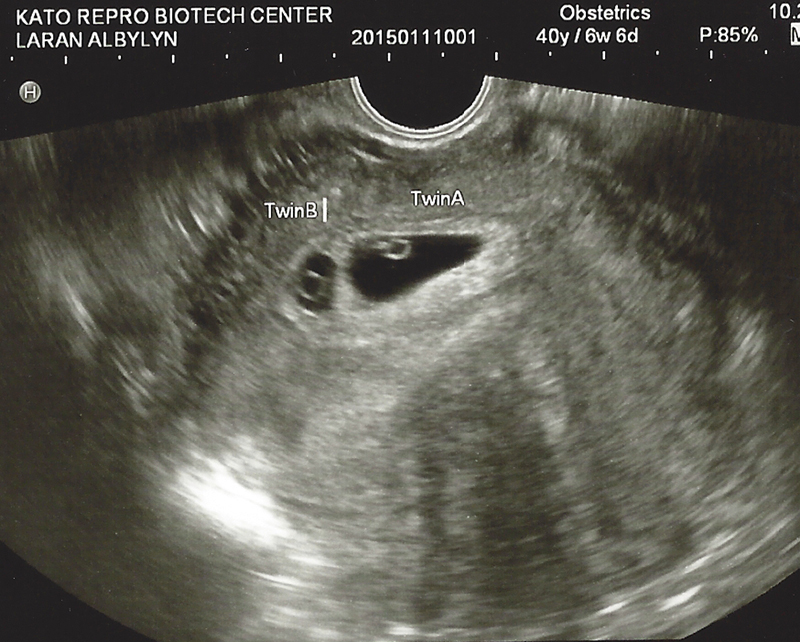 The ultrasound clearly showed one big embryo, and a smaller one. The bigger embryo already has a heartbeat. The smaller one did not have a heartbeat yet. The doctor reassured me that everything is ok. My cervix is closed, and there is no sign of bleeding. I texted Ariel to tell share with him the good news that we have a heartbeat – but I did not tell him we’re having twins. I wanted to wait until we have two heartbeats.

I went to my OB in Makati Med to show her the ultrasound. She was delighted to see we are having twins. She told me that 6 weeks may be too early to show both heartbeats, but she also asked me to prepare myself for the possibility that one of the twins isn’t going to develop further. She told me that when this happens, my body will just absorb the twin, and that it will not have any impact on me, or the other baby. I worried a bit, but I was mostly excited. I already started thinking of how I can best surprise Ariel. It was tough because it’s also a difficult time for Ariel’s family due to his mom’s health issues.

On my week 7 appointment, I was happily told that the second baby already has a heartbeat. The doctors congratulated me and told me that the IVF process had nothing to do with it. That it was purely by chance. I know it is not by “chance”. It was clearly designed by God. Even the fact that Ariel was not able to join me during the ultrasound when he was already there with me that morning is testament that the whole thing was orchestrated by God. He cares so much about all of us that even the small details matter. Sometimes we just don’t see these things because we are distracted by so many things around us.

By this time, I already had twin reveal ideas for Ariel. I was just waiting for the right time because I want him to fully absorb and enjoy the news, and not be distracted by worries about his mom. So I waited until his mom is stable from surgery. It was probably the biggest secret I’ve ever had to keep from him. I scanned the ultrasound photos and adhered them to a card. Then I also printed an announcement I found on Pinterest.

The look on his face when he found out was priceless. He was so happy! And I couldn’t be happier.

We shared the wonderful news with our family just before Christmas. They couldn’t be happier for us. We prayed for just one baby. God gave us two. Now, if that isn’t a miracle, I don’t know what is. 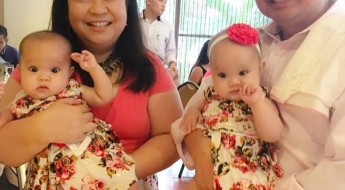 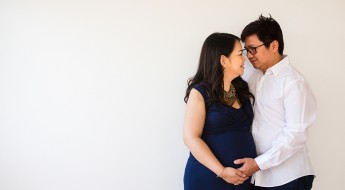 A Leap of Faith: Our Pregnancy Story 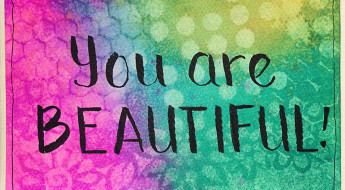 Unsolicited Advice – The Good and The Bad