Where do I start? I guess the best way to start this is to thank the Lord for His wonderful gift. It’s our 10th wedding anniversary and we’re in London! This trip is a HUGE blessing, and we are grateful for God’s provision – not just for the funding of this trip but also for providing the right people – our travel agency contact who helped us every step of the preparation, our friends who have “been there, done that” and who gave us tips on where to go and what to see, my brother and sister in law who generously offered their home in London so we could save on hotel expenses (and some of the meals, too!), and a lot more!

We left Manila on Tuesday morning in an SQ flight with a stopover in Singapore. Our flight departed a few minutes late, and as a result, we had to rush to another terminal in Changi Airport to catch our flight to London. We only had a few minutes to spare but thankfully, we made it on time. Actually, the gate closed on time but our plane took off an hour later because of some electrical problems. We were seated in the middle section, row 52. There were four seats, but Ariel and I were the only occupants of the row. Huge blessing! We were able to stretch a bit and even take short naps lying down across the row.

The food was great. The service was top notch. We are so blessed to be in that flight. Again, a huge blessing to have found the Singapore Airlines Sweet Deals – lowest fare we found online.

We arrived at the London Heathrow around 8pm
Lots of arrivals which created a bottleneck at the immigration area
The drive to my brother-in-law’s place took about an hour
When we got out of the cab, a blast of cold air hit us. Freezing at night!
We just planned the next day’s itinerary before heading off to bed

Here’s a shot of my brother-in-law’s house. 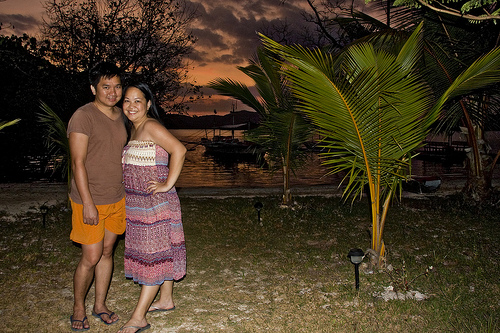 Our Amazing Palawan Vacation – A Recap 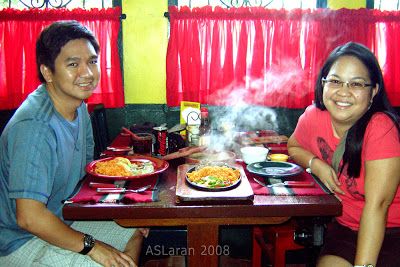