Since I usually scrap on weekends, I figured the best way for me to make sure that I will actually do my DD is to blog about it first. So this is sort of the digital version which I will put into the album.

So anyway, I’ve been preparing for this and even though I haven’t done the entire album pages yet, I’ve made enough to kickstart the week. So I woke up today thinking of how I will document December 1. I wanted to make it special. I had a good start. I dropped off Ariel at his office and on the way, I picked up a cup of Toffee Nut Latter – my favorite Starbucks Christmas coffee. I tried chicken pandesal for the first time and didn’t like it. Corned beef pandesal is still my favorite.
I would have gotten whole wheat croissant but it wasn’t available. And if we were dining in, I would have opted for multi-grain bagel with cream cheese. But since I will eat en route to the office, I needed something easy to munch on. Hence, the chicken pandesal.

When I got to the office, I decided I will pamper myself at Piandre with a manicure, foot spa and pedicure. I swear, Piandre has the best foot spa in the country! So I called for an appointment and was confirmed for 6:30pm. I thought it would also make for a good December 1 entry. Unfortunately, it got hectic at work and by 6pm, it was clear that I won’t have my beauty treat, so I canceled my appointment and rescheduled for later in the week. By the time I left the office, it was almost 9pm. I was hungry and tired.

So anyway, the day didn’t exactly turn out the way I envisioned it to. I mean, I was hoping I can put something less ordinary in my December Dailies. However, I am reminded that I do not live so I could scrap. I just live life spontaneously and capture the moments as they happen. And when I have time, I scrap them – the special days, the ordinary days. So in the coming days, I will not think about what I will put in my December Dailies. I will just let life unfold and make the most of what the Lord blesses me with.

And the highlight of my day? Getting an email from Basic Grey saying that my layout was selected to appear in the Basic Grey Gallery! Woohoo! I guess it wasn’t an ordinary day, after all! 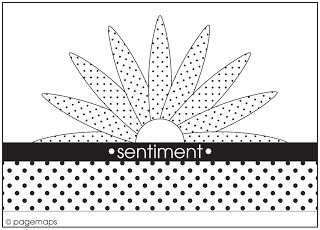 My Card at CardMaps