Other than a couple of official trips to Subic, I’ve never really explored Zambales. I’ve been hearing about its beautiful islands but never had the inkling to go and see them for myself. If we want to go the beach within driving distance from Manila, our first instinct is to go south. Never north. So, when my college pal Elma suggested we go to Zambales, we quickly agreed. After some obstacles (budget issues, schedule problems, etc.), we found ourselves taking a cab to Glorietta early Saturday morning. We joined a tour and for P1,800 per head, we got to enjoy a night in Zambales inclusive of overnight stay in an air-conditioned resort and transportation. We met up with the rest of the tour group ad headed north.

Elma, who since college exasperated us with her lack of time consciousness, surprised me by texting at 4:30 am to make sure we were already awake. Even more shocking was the fact that upon arriving at the meeting place 15 minutes ahead of the 5:30 call time, she was already there happily chatting away with Tricia and Joey. Hmmm…I’ve never seen this side of her in the entire 17 years I’ve known her. Apparently, the call of the beach causes every cell in her body to wake up on schedule. Anyway, other than Tricia, hubby Joey, Tonton and Elma, we were also joined by a couple of Elma’s friends. We met college pals Aids and Queng, and son Enzo in Zambales who drove up north on their own as they had to leave early the next day.

We reached Wild Rose Beach Inn in Pundaquit, San Antonio, Zambales by 10am, an hour ahead of schedule. We unpacked, freshened up and prepared for the sumptuous lunch Aids and Queng prepared for us. Enzo will be celebrating his 11th birthday on May 20th and his parents decided to treat us to lunch in Zambales. A feast of pork barbecue, pork chop with peas, carrots, corn and pineapple, steamed shrimps, green and ripe mangoes awaited us. Elma also brought in squid adobo and fried jack fishes from Aling Tonya’s. It was a scrumptious meal.

The weather was perfect. The sun was bright and shining, and boy, it was hot! The ash-colored sand was scorching hot and we couldn’t wait to get to the water for some relief. We were split into four boats (4 passengers per boat at P300 per head) and it took us about 30 minutes to get to Capones Island. The lighthouse was perched on top of a hill. It wasn’t a long and difficult climb, but with the scorching noontime sun above us, every step sucked the energy out of me. It didn’t help that the shoreline was covered with big rocks instead of sand. We were wearing slippers and it was quite a challenge navigating the rocky shore. In fact, broken slippers littered the area, left behind by their unfortunate owners. Fortunately, we were able to reach the lighthouse with our footwear intact. Every inch of my body was covered in sweat but I made it without much difficulty. Good thing I’ve been working out in the gym in past couple of weeks. 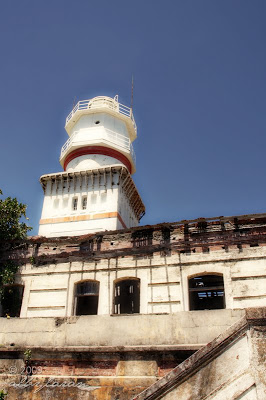 The lighthouse itself is still operational and is powered by solar panels. However, the rest of the structure is in ruins. There were a few boatloads of tourists along with us but there was no one regulating traffic up the lighthouse. I was a bit concerned if the structure can hold so many people given that it’s more than a century old. 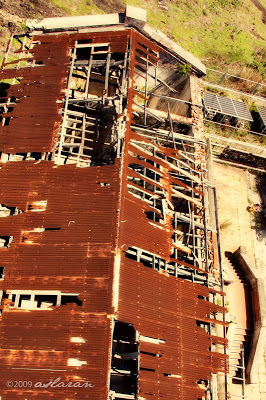 The dilapidated structure below the tower

The spiral staircase was shaking as people clambered up for a better view. I was very hesitant to go up but Ariel urged me and before long, I found myself on top of the lighthouse enjoying the 360 degree view of the island. It was breathtaking. 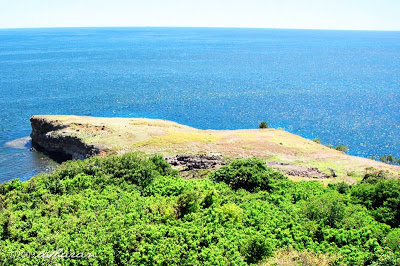 Reminds me of Batanes

We took photos and just soaked in the view. After a while, I decided to descend ahead of the group to avoid the pressure of hurrying up while I navigate the ladder and the steep stairs. 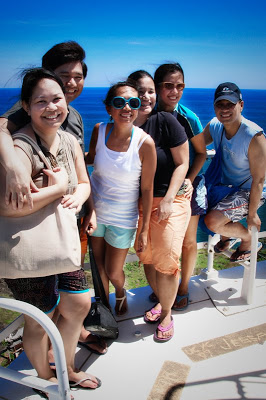 After a few more shots on ground level, we were off to Anawangin Cove.

As we neared Anawangin Cove, the waters got choppy and we were all soaked with water splashing against the boat. From afar, we could already see the seemingly white shoreline of Anawangin. We soon found out that the wide expanse of fine sand is not really white but ash-grey, the result of Mt. Pinatubo’s eruption in 1991. It was silvery under the mid-afternoon sun. 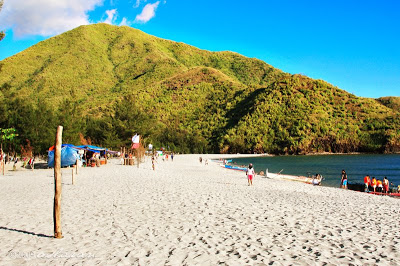 The silvery-ashy sandy shore of Anawangin

Our group found a shady spot for our stuff. Some prepared to get into the water while Ariel and I decided to explore the pine tree forest for some photos. It was a beautiful cove.

The view was breathtaking

The pine tree forest provides shady spots for the hundreds of campers (it was crowded!!!) and a stream of water add charm to the already picture-perfect cove. 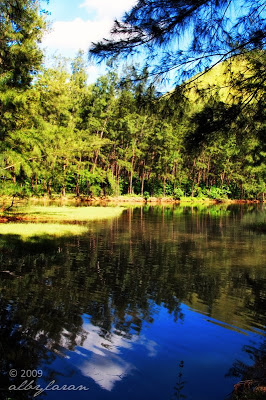 The very scenic “batis” amidst the pine tree forest

After a couple of shots, I decided to relax and lie down by the mat which Queng and Aids laid down for our bags while Ariel and some of our friends took a dip in the ocean. By 5pm, we were ready to go back to our resort.

Capones Island and Anawangin Cove are the perfect weekend destinations. However, I was disappointed with the lack of concern by both the tourists and the locals. Trash littered the shoreline of Capones Island and the pine tree forest of Anawangin. Campers can pitch their tents just about anywhere in the island and they can build a fire anywhere (unlike in Mt. Pulag or Pinatubo where there are designated areas for campers). There doesn’t seem to be a system in place to regulate the flow of tourists. It was way too crowded. If this keeps up, Capones Island and Anawangin will soon lose their appeal. I just hope that the local government will intervene and educate the locals on how to maintain these natural treasures.

Anyway, it was a good weekend and we are happy to discover yet another beach destination within a driving distance from Manila. Next time, I’d like to experience a night or two in Anawangin…maybe it’s time to resurrect the Starex adventure group.

Now, about the resort and the tour organizer…that’s another story altogether. Will blog about that separately as I do have very strong (not so good) feelings about them.

Meanwhile, check out all our photos here. 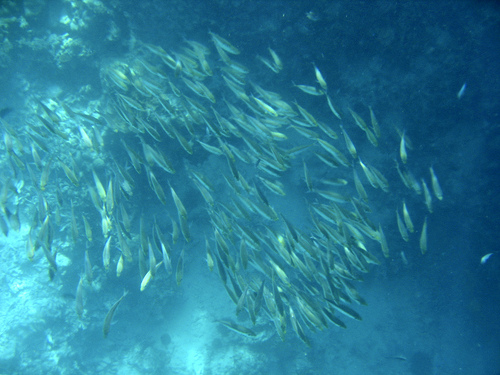 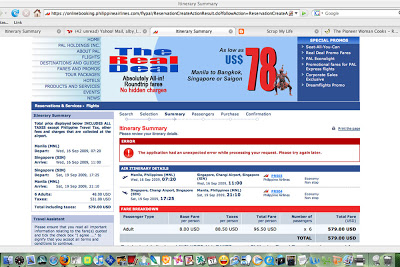 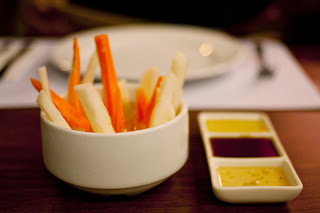