I’ve been productive over the holidays! Yup, I scrapped! And I used our Christmas photos taken at Blow Up Babies. And scrapping was a breeze because I simply used the Studio Azul December Kit.

Cheesy title, I know. Forgive me, I was in a rush! Other than the materials from the kit, I added more swirls using Autumn Leaves Swirls stamp. I also stamped the title using EK rubber stamps. What’s with me and song titles?! If layout titles are part of a challenge criteria, I probably won’t stand a chance. I’m hopeless! Again, I used materials from the December kit for this layout. I just added a piece of vellum for my journaling. Here’s a closer look at the journaling. Hope you can read it. A close up on the details. Love those buttons! Totally unimaginative title, I know. I used the last remaining patterned paper that I haven’t touched yet, plus scraps of the cardstock I’ve already used. Other than those in the kit, I just added a few brads and a hinge, plus some glitters. …plus some details. I used foam adhesives to adhere the stars. I also finished a 12-page Holiday mini-album. I actually did that before my New Year layout. That’s why I’ve used up most of the patterned papers and cardstock from the kit. I’ve taken pictures but I haven’t resized them yet so that would be posted later.

I also finished an Asian-inspired layout for my Indian boss. Will share that later too (after I ask him permission to post his pic on the net). 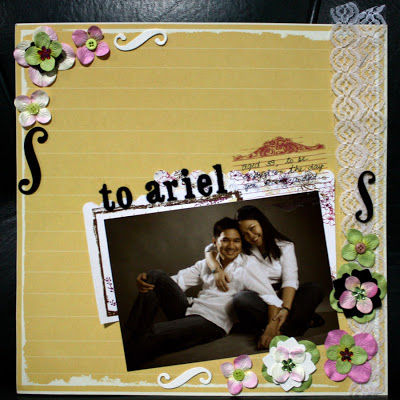 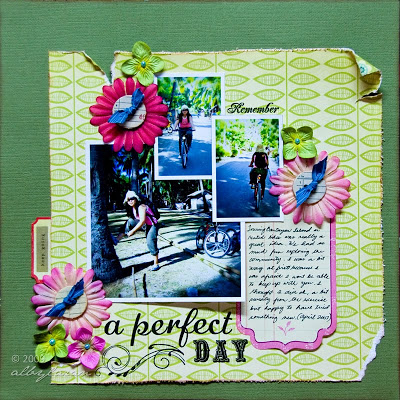